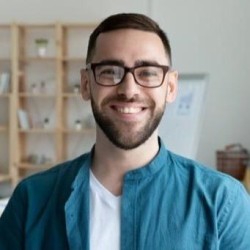 This dreaded error message happens when you get a NullReferenceException.

This exception is thrown when you try to access a member: for instance, a method or a property on a variable that currently holds a null reference.

In .NET, you can divide data types into two subtypes: value types and reference types.

Types such as int, DateTime, and boolean are value types and classes are reference types.

When you try to call a method or another member on the said variable, you got the NullReferenceException.

Null reference errors are responsible for a good percentage of all application bugs.

Here are some ways to avoid NullReferenceException:

Use the Null Conditional Operator to Avoid NullReferenceExceptions:

One of the best new additions to C# was the null conditional operator. Instead of having a crazy amount of “variable != null” type checks, you can use the “?” and your code will short circuit and return null instead of throwing the exception.

Use Null Coalescing to Avoid NullReferenceExceptions:

?? operator works great for providing a default value for a variable that is null. It works with all nullable data types.

What if this decision was enforced by the compiler itself, preventing you and other developers from assigning null.

The compiler is letting me know that “numbers” can be null.

In this code example, the variable called myLight is a Light which should be set in the Inspector window. If this variable is not set, then it will default to null.

NullReferenceException happens when your script code tries to use a variable that isn’t set (referencing) and object and the error message that appears in C# tells you a great deal about where in the code the problem happens.NullReferenceException can be avoided by writing code that checks for null before accessing an object or uses try/catch blocks.

Public relations companies do you think will be making Acquisitions this year?